The Hazel is deciduous and can be grown either as a multi-stemmed bush or a single trunk small tree. They are hardy and fast growing, reaching 3–8m tall, but can reach as high as 15m. The flowers (single sex catkins) are produced very early in spring before the leaves, the male catkins are pale yellow and 5–12 cm long, and the female ones are very small and largely concealed in the buds, with only the bright-red, 1-to-3mm long stigmas visible. Pollination is done by the wind and pollinator Hazels are necessary for this to be successful.

The edible nuts are 1–2.5 cm long and 1–2 cm diameter, surrounded by a husk which can partially or fully enclose the nut. Ripening from February to April, depending on the variety, Hazels are ready when they fall from the tree. Harvesting can spread over three to four weeks per tree, keeping the ground clear during this time can help with ease of picking the nuts up. Once harvested nuts must be dried and stored in a cool dark place.

Hazel leaves and small branches can also be used as stock fodder/forage, the nuts as pigs or bird fodder and the flowers provide an early pollen source for bees. The Hazel stems are also used for basketry, woven fencing (hurdles), walking sticks, garden stakes, furniture and the frames of coracle boats. The tree can be coppiced, and regenerating shoots can be harvested every few years. However, if nuts are wanted the pruning should be kept light as they bear on strong one-year old wood. Remove any inward growing branches and crossing branches to allow light and openness in the center of the tree/shrub. The Hazel grows best in sheltered areas with fertile soil and consistent moisture levels. They can tolerate frosts but persistent harsh winds will slow their growth.

These are some cultivars  which are readily available.

This deciduous woody shrub grows to about 1.5m in height and width, they are long lived for shrubs, up to fifty years, but are often replaced every 10 – 15 years in commercial orchards. The Blackcurrant prefers cool damp fertile soils and mulching is beneficial as they are shallow rooted. While winter hardy, cold weather at flowering time during the spring reduces the size of the crop as the flowers are susceptible to frost damage. Bunches of small, glossy black fruit develop along the stems in the summer and the raw fruit is particularly rich in vitamin C. Blackcurrants can be eaten raw but are usually cooked to make jams, jellies and syrups and often mixed with other fruits such as raspberry or apple. The fruit is also used in the preparation of alcoholic beverages and both fruit and foliage have uses in traditional medicine and the preparation of dyes. The leaves are considered edible so would be safe for livestock and a great plant for a chook forage area.

As the blackcurrant produces berries on one and two year old wood, regular pruning helps maintain consistent cropping. Removal of one or two of the oldest branches at the base, any dead material and low branches touching the soil is all that is usually required. When planting a young blackcurrant all branches can be cut back to two buds above the soil to help the plant establish a strong root system. This should be done during winter while the plant is dormant. As they are heavy feeders, especially with nitrogen and potassium, a yearly application of manure and/or compost is also beneficial. 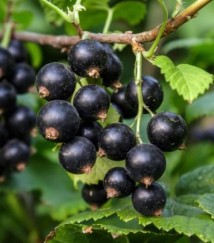 Black Currants can provide both food

The redcurrant is a deciduous shrub growing up to 2meters high. Currant bushes prefer partial to full sunlight and can grow in most types of soil. The red currant has the same requirements as the black currant above but produces its red tart berries on two to three year old wood. Pruning is therefore different, generally consisting of cutting new growth back to create an open compact bush. For more information on pruning currant here is a good link… 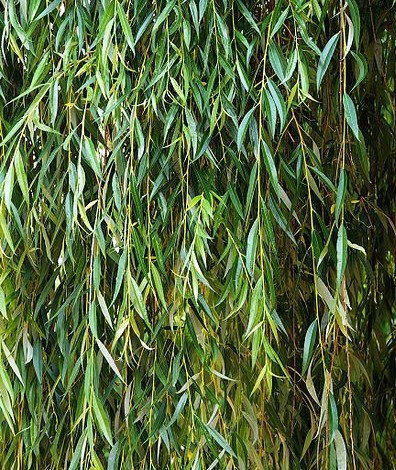 Willows are deciduous trees and shrubs, grown primarily in moist soils in cold and temperate regions. They are fast growing, and their large, fibrous roots are very useful for erosion control and river bank stabilization. While their growth habit has resulted in some species being classed as pest species within New Zealand we will focus on several beneficial species, Weeping, Basket, Fodder and Tortured/Corkscrew. Willows are dioecious (single sex), so male and female flowers appear as catkins on separate plants. These catkins emerge early in the spring, often before the leaves.

Over summer the leaves and stems are considered to be a valuable source of fodder/forage especially in times of drought. The feed value of willow is considered to be comparable to Lucerne and with crude protein levels of 15% it is above the nutritional levels required by livestock. The tannins contained in the plants are said to assist in balancing out lush grass growth after rain, helping to prevent bloat in stock. Zinc and magnesium levels are also high in Willow leaves and these are important animal health minerals. However, sodium levels can be low in willow leaves, and a salt block should be provided if there little or no pasture available. The tree bark also considered to have good nutritional value and pollarded or coppiced branches can be fed to livestock.

Other uses for willow include shelterbelts/hedgerows, shade tree, early bee forage, basketry, wattle fences, wattle and daub house walls etc. Then of course there is the medicinal qualities, Willow bark contains Salicin which converts to salicylic acid in the human body and is an anti-inflammatory agent and mild pain reliever. Willow is in fact the origin of our modern Aspirin.

So, Willows are a hardy multi-use plant which require, preferably, full sun and moist soils, they will tolerate very wet soils and periodic flooding. But do not plant near buildings or drains as roots can be invasive. Height and harvesting can be easily managed by frequent pruning and they coppice or pollard well.

Broadly spreading, deciduous tree reaching 10-20m. Current year’s shoots are yellow in winter, adding a touch of colour. A cultivar of white willow which has long been used for its medicinal properties, the active extract of the bark, called salicin, is the fore runner to today’s aspirin.

Fast growing deciduous tree reaching up to 20m. Grows well in wet sites and is hardy. The corkscrew like twisted branches and stems are popular in floral arrangements.